NOTE: THIS IS A MODIFIED WEB VERSION OF A RADIO MONTAGE FEATURE YOU CAN LISTEN TO ABOVE IN THIS SOUNDCLOUD.

The state of Nevada is ranked last in the nation for its education system, however, there is a large statewide push for children to pursue higher education.

Despite the ranking, one commentator in the Washington Post recently named Nevada the “best state in America for college savings.” With a program first initiated in rural areas last year, the state has been helping thousands of kindergarteners with $50 in seed money to start savings accounts for future college expenses. The program is now statewide, helping more than 35,000 kindergarteners start savings accounts in their name. 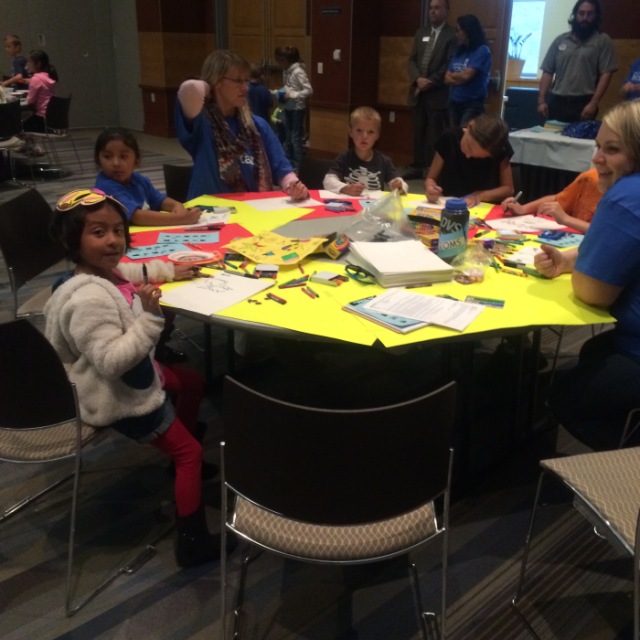 Family College Night at the University of Nevada, Reno

On a warm October evening, the University of Nevada, Reno hosted a public event to promote the Nevada College Kick Start Program.

Washoe County School District students and their families were invited to learn more about saving for college early through information booths and activities for the kids.

Edwin Pico, a work program manager at Wells Fargo says it’s vital for young students to learn how to be financially responsible.

“Get them started in the habit of saving. Whether it’s five dollars or a dollar; put it in an account” Pico said. “It’s extremely important because you don’t want to wait until they’re 17 and all of a sudden you’re trying to figure out a way to pay for college. Why not start now?”

Some government officials, like Nevada State Treasurer Kate Marshall, believe the solution to Nevada’s issues in education go beyond high school and the public school system.

“By the year 2020 in Nevada alone, 58 percent of the jobs will require higher education,” Marshall said.

“The reason we do this [The Nevada College Kick Start Program] is because studies show that if a child has a college savings account, they are seven times more likely to go to college,” Marshall said. “When you send the message to these children and say ‘you’re college bound,’ that child begins to realize they have a future goal and they shift their attention there.”

The Nevada College Kick Start Program began last year by establishing 529 college savings accounts for the Fall 2013 class of kindergarteners in 13 of Nevada’s most rural communities.

The program is funded by a portion of the fees paid to the Treasurer’s Office by private companies that serve as program managers for the College Savings Plans of Nevada and donations by community partners and donors; not taxpayers’ money.

Julio Lopez, father to two girls who are currently in elementary school, wants to give his children the opportunity that he did not have when he was younger.

“I really want them to go to college because I didn’t have that chance,” Lopez said, “I want them to start (saving) earlier; I think it’s a good program.”

In addition to the $50 start to a college savings account, the Treasurer’s Office offers savings plans including the ‘SSgA Upromise 529 Plan’ that helps families save for college. The savings plan requires only a minimum of $15 to start the account and will accumulate over time. This plan has tax benefits and flexible investment options.

The future of the “Kick Start” program

The College Savings Plans of Nevada will fund the program through the 2015-2016 school year.

Once that year is over, they will review the impact that the Nevada College Kick Start Program has on Nevada families and determine the program’s effectiveness.  But kids like Maria Lopez who are already in the program will be able to keep their savings programs and hopefully realize their education dreams.

Five-year-old Maria says she wants to one day be able to cure cancer.